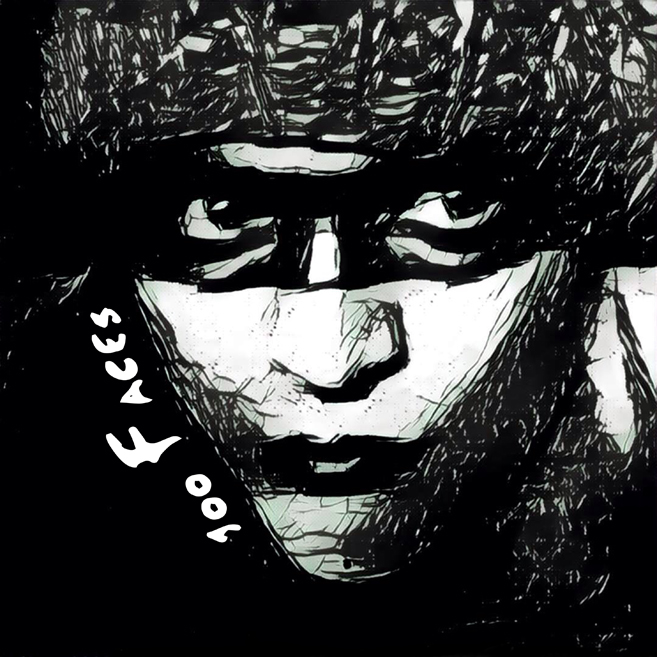 100 Faces was Lilou & John’s first album and everything was made in a haphazard manner. Lilou got a cold a week before recording, John hadn’t practiced playing to a metronome and none of them had ever visited a recording studio. The end result was however an EP that stretched beyond mainstream pop and marked the beginning of a new kind of music.

Swedish indie site Meadow Music was “hypnotised” by Lilou’s vocals and Emerging Indie Bands wrote the vocals “chill the marrow-bone”. The band was praised for its new sound but the sound was also said to be “too outside of the box” and some indie sites turned the band down simply because it was too unorthodox. He Broke My Neck, Joséphine

“He Broke my Neck, Joséphine” started out as one of Lilou’s vivid dreams one night, and the characters from the dream, the young girls Elizabeth and Joséphine, were immortalized the day after. The song marked the start of the band’s concept of being “outside the box” with a combination of operesque vocals, pop background and dark lyrics. The song was also one of the first where Lilou was in complete charge of the melody and John wrote the entire text. The song is something as odd as an attempt to describe the thoughts going through the head of a ghost who is mourning her love.

He broke my neck, yes he did Joséphine
This cannot be, it must be a dream
I see you cry beyond the black veil
You are so beautiful and yet so frail

He broke my neck, yes he did Joséphine
You wonder how everything could might have been
But sweet love do not blame yourself for my death
I will always be your ‘Lizabeth

He broke my neck, yes he did Joséphine
Your father who found the small space between
The roof and the wall where you kept me from him
Waiting for our new life to begin

You are so hungry, too pale and too cold
I know, Joséphine you will never grow old
Slowly he breaks down your body and heart
Your father that killed me and tore us apart

He broke my neck, yes he did Joséphine
But I can still reach you throughout every dream
Someday you’ll find me, your ‘Lizabeth
Then we will be free in the silence of death

Yes we will be free in the silence of death “Six Year Farewell” was written in self-retrospect and the idea of the song was to show the extreme tragedy of running away from emotions and traumatic events. The original idea was that John would do the singing, but considering John’s lack of vocal talent – and Lilou’s abundance thereof – the duo decided it was best that John concentrated on the lyrics and the guitar.

Let’s go to Paolo’s, walk in the rain
Go to the zoo today, catch a train
Go anywhere we want to go, drink ’til dawn
Forget that I was one day even born

Let’s do a nightclub or picnic in the parks
Sit there in the grass, listen to the larks
Pretend they are in love, though they are not
Let me forget I saw what I forgot

Let’s say I love you, fingers crossed
Let’s say I know what I’ve lost
I wanna get away, stay anyway
Forget what I desire, cut the pain

I’ll buy myself a ton of sleeping pills
Call it accessories for deeper thrills
Pretend I’m happy, need no break
Lie and forget that I am fake

Let’s say we go separate ways
We could meet again someday
It’s a lie I know, that is true
My biggest lie is “I love you”

Yeah I’m only happy when I forget “100 Faces” came to life under one single afternoon and tells the story of commercialism and surrogate meaning. It deals with the conflict within the individual trying to be herself and at the same time trying to fit in. After John had written the lyrics – that were heavily inspired by Orgasmatron by Motörhead – the duo sat down together and Lilou created a melody while John was strumming four chords repeatedly. That was the first time Lilou sang like a real rock star, John claims. “God” was originally called “Song to My Father” and is based on John’s early childhood idealization of his own father, believing that in a world of absolute darkness there must also be an absolute light. The song deals with the desperate need for a father figure for support, identity and meaning. Lilou’s melody is still one of the most beautiful melodies John has ever heard. “It is like a slow walk over green hills in a fairytale country” he says. “Just like my childhood daydreams.”

I saw you on the night sky in a space suit from Soviet
I saw you climb for freedom over the Berlin wall
I saw you drive a racing car, sign up for New York Jets
More than that I cannot recall “When Murder Victims Die” was inspired by Motörhead’s “Lost in the Ozone” and Lilou’s Tim Burtonesque melody gave the song a new dimension. The wacky da-da-da chorus was furthermore created by Lilou to transform the dark song into a burlesque. The song is based on John’s early childhood memories from his grandparent’s cellar and the text could perhaps explain why he has “an interest in odd people who see the devil in the shadows and god in the ray of light”.

Hallowed be thy name they said
But I knew they were wrong
There is pit where gods and devils
Will not stay for long
A fear so deep and painful
It makes a demon cry
Alone it is, alone when
Murder victims die

My own wish to survive where
All I could was die