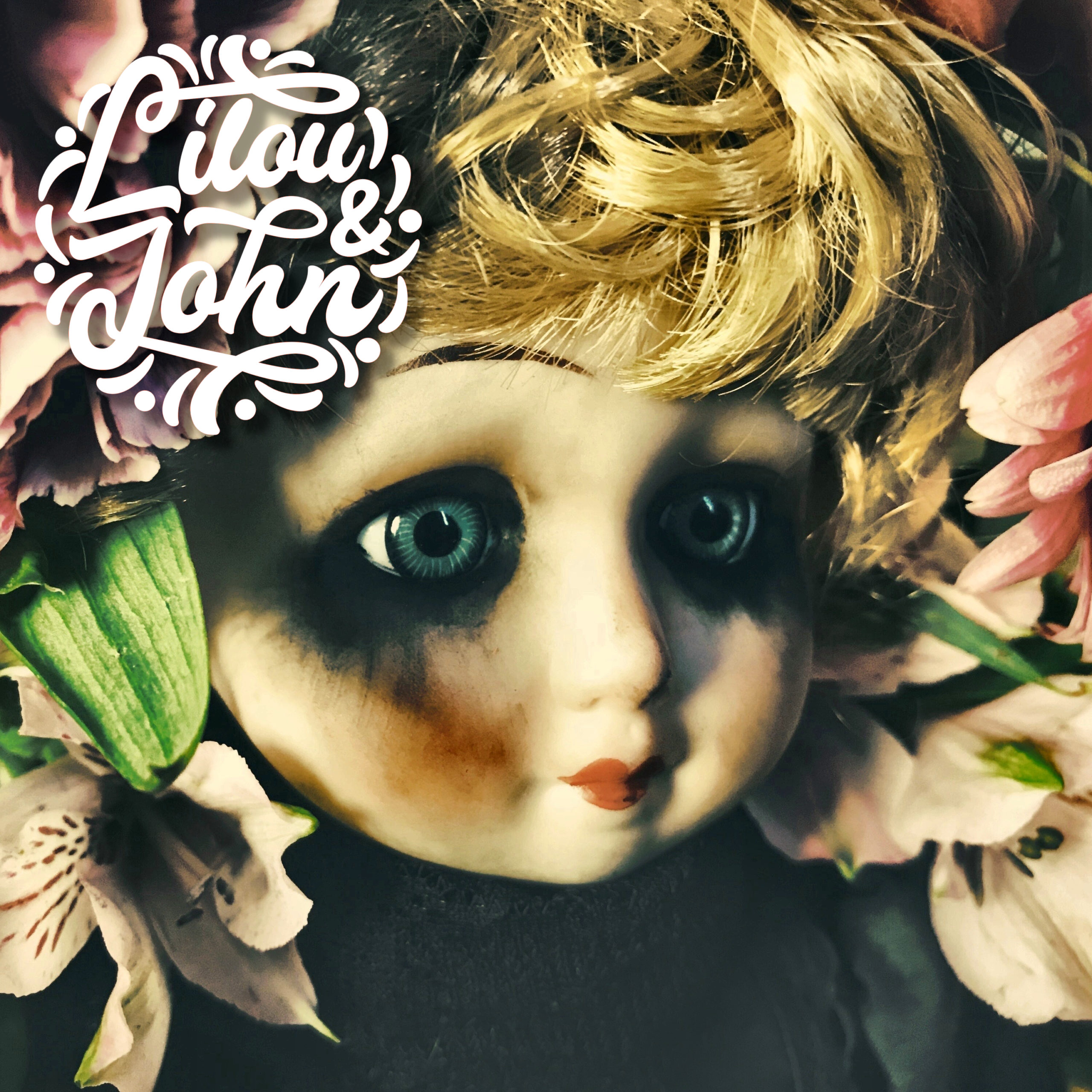 New Album “Malaise” by Lilou & John is a Magnum Opus!

I don’t normally write reviews, but after listening to “Malaise,” Lilou & John’s newest LP, I felt compelled to write one. Something that I love about Lilou & John is that every album of theirs sounds distinctly different from the last yet is still unmistakably them. Each album tells a story, breathing its own life, its own sound, expressing a new meaning, and “Malaise” is no different in that regard.

This album is filled with all of those emotions that are so hard to describe with mere words alone. There is a whirlwind of feelings that arise when listening to it from start to finish. Lilou & John’s description on their Bandcamp describes the album very well. They state: “It is the search for love, the end of love, the ache of love, the absence of love and the love that will last forever.”

With a darker gothic sound, haunting vocal melodies, and an infusion of electropop beats, “Malaise” transports the listener to a liminal space filled with love, pain, fear, and yearning. A space that is uneasy, uncertain, and yet comforting with a rhythmic sense of knowing that this is all part of the process.

There are elements of eerie folklore and grim fairytales starting with the opening track, “The Water Sprite,” which I interpret to be a about a girl (or creature) who is born out of the watery depths not knowing how to handle her love, how to rid herself of the pain from the loss of her love, and is left ultimately torn in two, drowning in her own depth of emotional complexities.

The second track “The Red Poppy” is short, ending at just 1 minute and 51 seconds. It left me wanting more, but if you listen to the lyrics, that want for more is exactly what the song is all about. There is no doubt in my mind that the short length of this song wasn’t an accident. It is about loss, and it has an incredibly strong essence of what it’s like to yearn for something that you feel you will never be able to obtain.

One of my personal favorite tracks on the album is “Serpent Boulevard.” With the haunting and vivid imagery painted by Lilou’s lyrics combined with the soft airiness of her voice as it dances from her mid to upper register accompanied by a subtle vibrato, this song holds the listener in a gentle embrace while sinking them deeper into the velvety blackness of the abyss. It envelops you in hopeless melancholy and yet it blesses you with that peaceful feeling that you get from stillness after experiencing a prolonged period of chaos.

“Necrotic Nora” is a really interesting track. There is a stark contrast between the catchy vocal melody partnered with a mid-tempo pop beat and the lyrics which paint a grotesque image of a woman condemned to the fate of dying alone, failing to find love because she looked in all the wrong places. Even the title is a fascinating concept because the very idea of necrosis represents a slow death or decay stemming from an internal source. I love the synth in this as well. It reminds me of the type of music that would play if you were to take a ride on a quirky merry-go-round in some sort of dystopian alternate reality. This is a song you will catch yourself bobbing your head and happily singing along to despite the feeling of doom and condemnation that the lyrics might evoke if you were to read them separately.

While the darker parts of the album might carry you to the blackest corners of this liminal space that you find yourself transported to, there is also something so beautiful and sentimental about it. The song “Gothenburg” is a good example. This song is about what it means to truly find love, and I’m very curious as to whether or not the title might have something to do with where and when Lilou & John found each other. The lyrics are simple but there is an irresistible dreaminess to this song and a feeling of surrender that only two people who have experienced true love can express so eloquently. They read:

Immediately after being immersed in the dreamlike soundscape of “Gothenburg,” the listener is plunged right into the more up-tempo song that holds the album title “Malaise.” This track is basically an embodiment of the word itself. The story I imagine when I hear the transition between these two tracks is that when this girl finally finds the love that she thought she would never have, it gives her an overwhelming feeling of uneasiness, but also compels her to no longer be a cog in the machine. She is set free. I’m not sure if this is what they meant to convey, but that is the beauty of art… that others can embellish the meaning of the story with their own imagination when they listen to it.

This story is brought to both an end and a new beginning with the last track titled “Tequila Metamorphosis.” The last two lines of the lyrics are some of my favorites from the entire album. “The night is young for a child of the moon. Moth girl rising from her cocoon.” This love has transformed the girl and helped her evolve into something greater. These lyrics resonate with me because they express the notion that even a child of the night who might struggle with his or her own inner darkness (such as depression) can overcome that and be transformed by something even more powerful such as true love. There is a melancholic, gothic, romantic, and nostalgic energy to this album overall which makes Lilou’s cover art the perfect fit for it.

I hope I’ve done this album justice in writing this review. It is a true masterpiece, in my opinion. “Malaise” is my favorite album of theirs so far, and I highly recommend going to their Bandcamp, giving it a listen, and purchasing a digital copy for yourself. You can show them further support by giving them a stellar review!