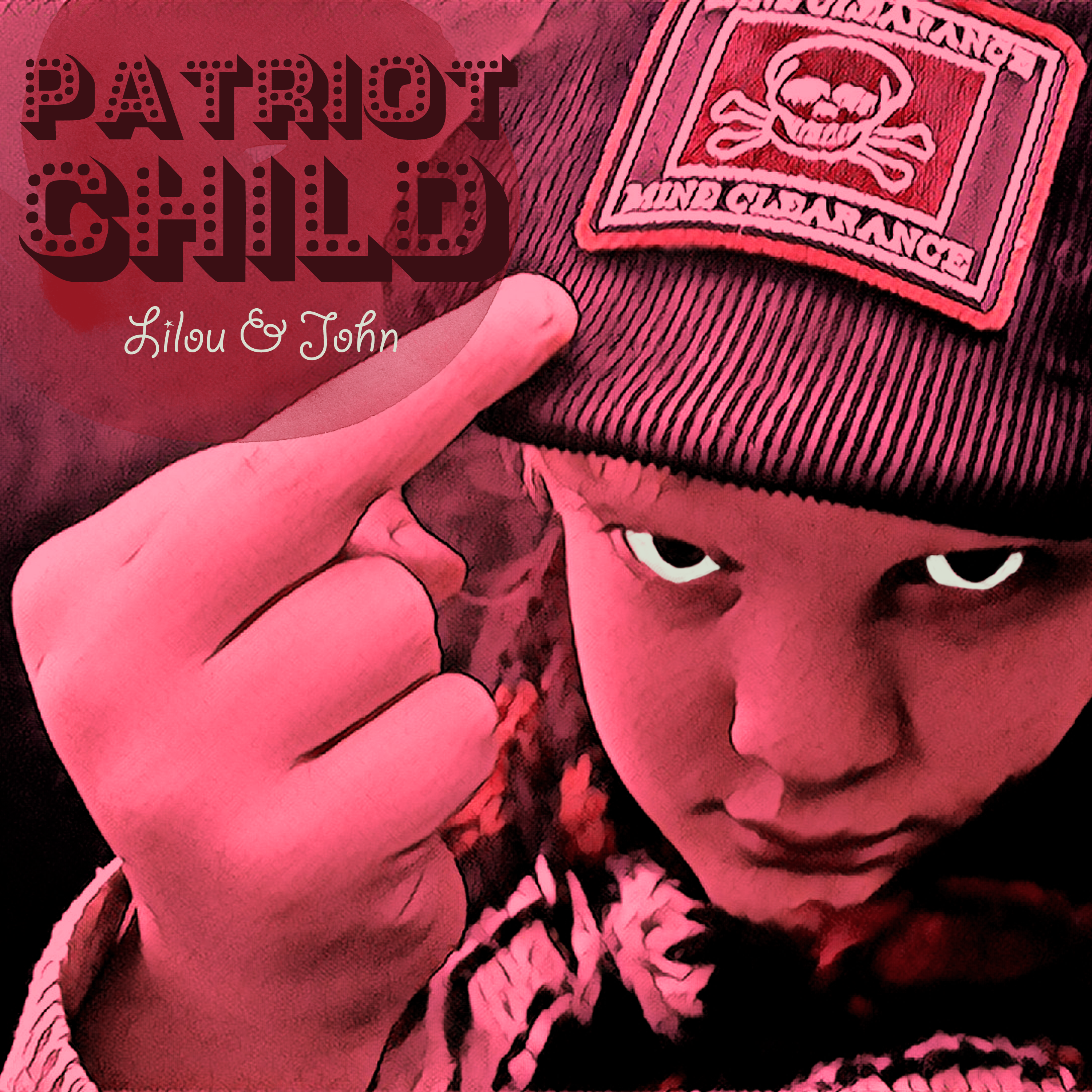 Most people compare this music to Motorhead, but in my mind, it resembles a fusion between Black Flag and folk music like the old Bob Seeger tracks that limousine liberals pretended to like along with their Harry Belafonte and Leonard Bernstein LPs. A strong punk energy and rhythm pervades the music while a vocal-driven melodic sense guides each song to a quasi-ironic, bittersweet but triumphant conclusion.

It is best to skip the first track, “Psychotic Snowflake Anthem,” which seems designed to illustrate the mentality of your average PC/SJW person through a grinding monotone. It makes its point, indeed, but it is not much fun to listen to. The real glories of this release can be found on the second through fifth tracks, where the melodic songwriting for which Swedes are famous is brought to focus.

Perhaps it should be mentioned that Lilou & John are Swedish, then, and that they are nearly indescribable. A punk/folk band originally, the duo — John plays guitar, and Lilou handles the iconoclastic and expressive vocals — ventured into some of their earlier metal and punk influences for their fifth release. This band is like… well, not any single other band. We can describe them in terms but are basically making points on a scatter diagram, trying to vector in on a central description.

Their lyrics also make some waves, and some of those waves are upset. Lilou & John are sort of Right-wing, but describe themselves more as Jacobins who want independence from the wealthy elites who want to oppress common people with an ideological agenda. They seem to enjoy pushing buttons, especially among their supposed allies on the Right.

And while they dislike the Left, they do not seem to agree with the basic Bill & Ted style agenda of treating people well. It is just that they see another path to that end goal which does not involve the methods embraced by the Left, more those of the Right — nationalism, free markets, social standards, codes of honor — simply because those seem to work on a practical level where what the Left endorses leads to us needing those same oppressive elites.

With that out of the way, we can see the appeal of the music: well-written melodies and driving riffs, sort of like older heavy metal and punk, but with more of an emphasis on poignant moments and mixed emotions, like a wistful casting-off saturated in nostalgia and yet opening up a hope for the future with all that is not ruined.

Take for example “Petrodollar Wars,” the second song. It begins with an infectious pop hook strengthened by Lilou’s alternately fragile and bellowing vocals that use more of the bass range of female vocals than most would expect, then detours into a simple but elegant chorus that brings out the depth of emotional conflict in the song. After a few loops, this runs into what we might see as a musical atrium in which a new riff and vocal melody balances the hook with the chorus, which paradoxically makes the chorus seem like the verse and vice-versa.

This is just solid classic pop songwriting given some balls and a sensitivity that comes from a point of aggression; this band like their reality accurately described, and have the sense that metal does of personal injury when human wishes of what were true replace actual description. The next track underscores that with a song that focuses more on emotion at first but reveals an inner strength.

“Enemy of the Matrix” describes someone who is totally alienated from a society that is dedicated to belief in an unrealistic cartoon as a means of denying the reality that will have inevitable consequences. Like metal itself, Lilou & John demonstrate the union between imaginative aspiration and a need for hard reality, and this dirge-like song somehow brings out the beauty in that despite being essentially a cross between a lamentation and a ballad that sees the “Utopia” around us for the dystopia-with-great-advertising that it is.

By the time the EP peaks in the triumphal and evocative “Generation Identitaire,” the listener has reached a point of emotional saturation such that the more energetic and hook-driven song takes root, sounding sort of like of the Misfits, Motorhead, and Agnostic Front decided to make real hall-rouser. A driving rhythm, infectious vocal melody, and powerful understated riff make this song the centerpoint of this work.

Most of these songs follow structure built off what we might call The Loop, where verse drives chorus until there is some kind of turnaround or contrasting riff, but variation follows the necessity of presenting the topic of each song. On the title track which ends the EP, Lilou unleashes her vocals in a quasi-operatic take on a churning but intensely hopeful and energetic song.

“Patriot Child” sounds like a 1960s anthem with more of the melodic sensibility of a soundtrack and the driving rhythm of a punk band. It finishes out the EP, which began with unease and discord, on a note of endurance and power. Like a band that is more insurgent than protest in orientation, Lilou & John charge forward with a sense of unease, self-doubt, melancholy, and yet determination.

It may seem odd to review this music on a metal blog. After all, the metal is minimal in technique. A closer look shows us a band very much in the metal spirit and with metal as influences that occasionally bleed through not so much in technique, but in compositional architecture and general outlook. As music changes, metal becomes more of a spirit and less of an actuality, and Lilou & John carry that banner forward.